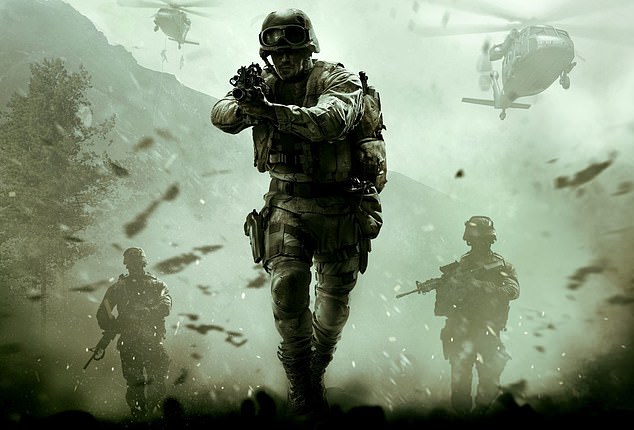 By Calum Muirhead for the Daily Mail

The £50 billion mega-deal between Microsoft and Call of Duty video game maker Activision Blizzard needs to be probed by a watchdog.

The Competition and Markets Authority (CMA) is examining whether the merger, announced in January, would lead to a “substantial lessening of competition” and result in poorer results for consumers.

The regulator has sought comments from all parties interested in the transaction and has set September 1 as the deadline to decide whether or not to launch a full investigation.

Probe: Activision Blizzard shares – which are driving the hit video game series Call of Duty (pictured) fell 0.2% after news broke that a £50bn deal with Microsoft is due be investigated

Activision shares fell 0.2% on Wall Street after the investigation was announced, while Microsoft shares rose 0.6%.

The acquisition of California-based Activision is the biggest takeover in the gaming world and will make Microsoft the third-largest computer game company behind Sony in Japan and Tencent in China.

The deal makes Activision nearly eight times more valuable than Rolls-Royce and worth nearly as much as mining giant Glencore. Last year, the company made a profit of £2.3 billion.

However, regulators on both sides of the Atlantic fear such a deal could hurt Microsoft’s rivals by limiting access to some of Activision’s biggest games, including the Call of Duty franchise, to its own line of games. competing Xbox video game consoles. with the Sony PlayStation.

Last month, Federal Trade Commission (FTC) Chairwoman Lina Khan told US lawmakers the agency was reviewing the deal, which is expected to close next year.

The FTC has also been encouraged to consider how the tie-up will affect Activision workers as it reels from a sexual harassment scandal last year.

Activision chief Bobby Kotick is set to earn more than £276million from the sale via his stake, but has come under fire for the initial handling of the crisis, admitting the response to the allegations was “tone-deaf”.

Activision merged with Blizzard in 2008. The purchase is part of a major effort by Microsoft to expand its position in the video game market.

Some links in this article may be affiliate links. If you click on it, we may earn a small commission. This helps us fund This Is Money and keep it free to use. We do not write articles to promote products. We do not allow any business relationship to affect our editorial independence.