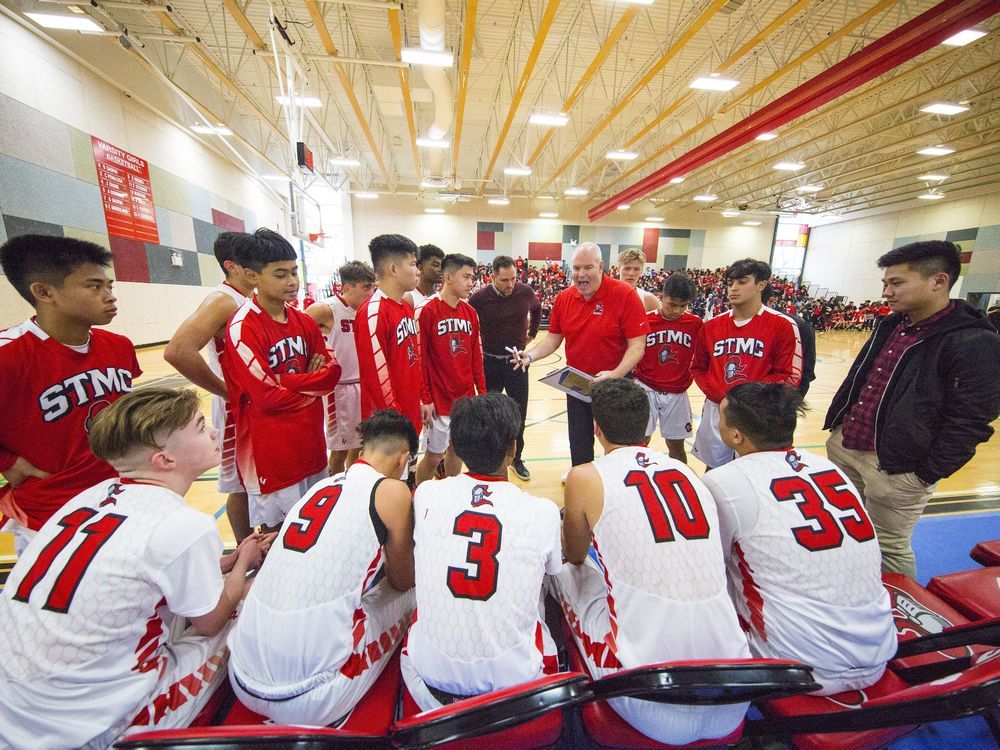 Like many of us, St. Thomas More Knights Basketball Coach Aaron Mitchell finds himself in a pivot caused by a pandemic.

Mitchell is the longtime bench manager of the Burnaby School’s senior men’s hoops team. The 16-team STM Chancellor’s Tournament was due to celebrate its 55th anniversary from January 5-8 and be renamed in the process as Memorial Chancellor Rich Goulet to honor the late STM and Pitt Meadows Marauders coach who died last March. .

All of that was put on hold with provincial orders on Wednesday postponing all high school athletic tournaments for the time being due to concerns about COVID-19 and the Omicron variant.

Single matches between teams, without supporters in the stands, are still permitted. It’s better than things were last season, when all high school sports were left in practice-only mode throughout the school year.

That’s Mitchell’s aim, although he readily admits how disappointed he is that the tournament – one of the province’s invitational tournaments – was scuttled, especially in light of the Goulet connection.

Goulet was 74 years old. He had experienced several health problems over the past few years. Mitchell was among several coaches who considered him a mentor.

“We had ordered the t-shirts and goodies for the coaches and ready to go. It was going to be something,” Mitchell said. “But we always have to be a good example for the children. We have to show them what resilience is with the way we react to things.

“I think there are a lot of coaches in this province who are willing to do whatever they can within the guidelines, the rules, to make sure their players get some sort of experience this year. .

“We don’t have as many cards to play as we thought. Well, last year we didn’t even have a terrace. Let’s be creative. What are the options? What can we take away?

BCSS spoke with the Department of Education: From Monday December 20 to an update from BCSS when the updated K-12 guidelines were released in early January, there should be no school sports tournaments.

Mike Carkner, who coaches Terry Fox’s Ravens women’s team, says it can be difficult to keep players engaged right now. The number of cases is increasing rapidly. The idea that the games could be stopped is in the minds of the players. It’s natural.

“They see the numbers going up. They have seen what it meant in the past. There are still quite a few doubts in their minds,” Carkner said.

“We all have to do our part. We have to be ready when we can and if we can,” said Burnaby South Rebels men’s coach Mike Bell. “I would like to continue. I think it’s good for everyone.

Sign up to receive daily news from The Province, a division of Postmedia Network Inc.

Thank you for your registration!

A welcome email is on the way. If you don’t see it, please check your spam folder.

The next issue of The Province Headline News will soon be in your inbox.

We encountered a problem during your registration. Try Again