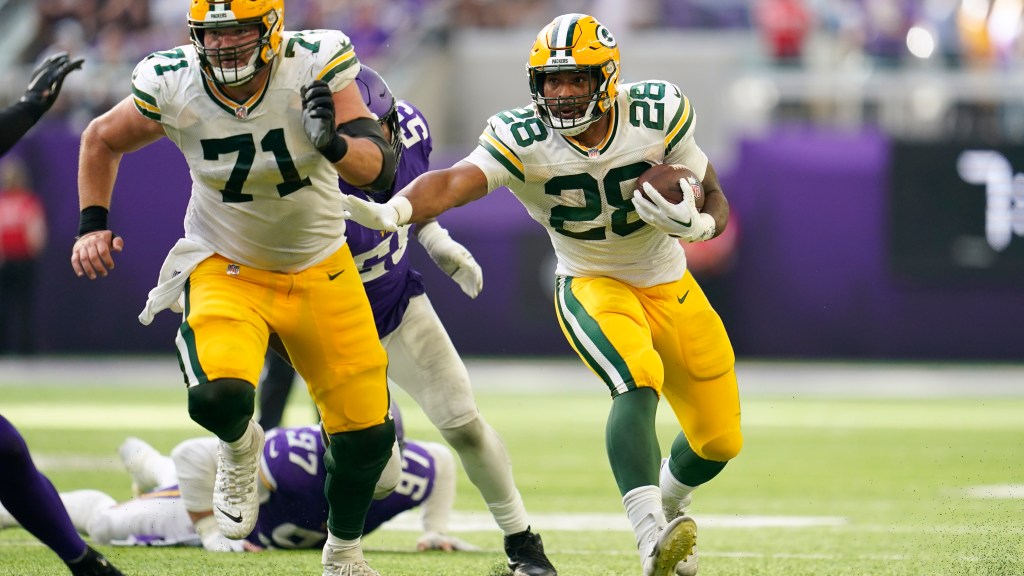 The Green Bay Packers trailed 20-0 and were unable to come back in the second half of Sunday’s 23-7 loss to the Minnesota Vikings in the season opener at US Bank Stadium .

Dillon led the team in touches (15), total yards (95), catches (5), targets (6) and receiving yards (46), and he scored the team’s only touchdown. His energy and tenacity as an inside runner helped drive the offense forward for a stretch in the second half, and he always looked comfortable and confident catching the football. Although Dillon is technically No. 2 on the depth chart, he’s going to be used like a No. 1. He’s a versatile weapon that will be a driving force in offense all season. His only flaw was being stopped at fourth and goal from the 1 yard line, but the blocking wasn’t good.

A classic Aaron Jones race. Patience at the start, an irruption in the second level, balance through contact and a bit of creativity to find the free space. It was one of eight touches for Jones, who averaged nearly 10 yards per touch and created two plays over 20 yards, including this one and another as a receiver. The game triggered the one and only disc of the attack. The Packers need to find ways to get the ball to No. 33 more in Week 2 and beyond. Eight just isn’t enough for a dynamic playmaker like Jones, especially in an evolving offense that needs explosive plays.