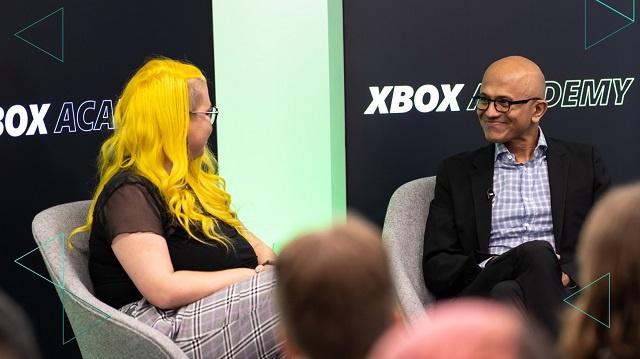 Game programming is wild. The software application development process behind modern video games made for consoles, PCs, and online cloud platforms is an extremely creative process that involves hundreds (if not thousands) of team members. Game developers must create fabricated worlds, design complex gamification challenges, master the use of sophisticated character motion engines, and render images and shapes in great detail – the whole process is a design maelstrom. inventive and original.

But as with enterprise software and its ability to identify areas of functional similarity between different applications (no one needs to program numerical computing tools now, this feature is mostly available as a plug-in), the he universe of games also has ways of capturing similar efficiencies.

While software programming for game development doesn’t quite share the same ability to swap application components (no one wants to see a Marvel Avenger character pop up in Assassin’s Creed), there is a relationship between the common tools used between different games.

This is a key part of why and how Microsoft created Azure Game Development Virtual Machine – with Azure being (obviously) Microsoft’s cloud service, development (clearly) tied to software developers and the virtual machine (as technologists know) designating a computing principle used to “describe” and define a computer of a given capability in purely software-defined terms, usually provided through a cloud service.

Announced in the spring of this year at the industry’s annual Game Developers Conference (GDC), Azure Game Dev VM only recently became available to programmers. In the simplest possible terms, it’s about Microsoft customizing its cloud service specifically for the needs of game developers. It makes sense. On the one hand, it’s efficient for developers and on the other hand, many console users are ditching CD-ROMs in favor of playing online in the cloud anyway.

For the record and for completeness, when the Microsoft cloud team talks about SKUs, they are referring to stock keeping units. An Azure cloud SKU specifies the amount of compute capacity in a given cloud instance. A SKU can be compute-optimized with low data input/output (I/O) latency for fast processing. Similarly, an Azure SKU may be optimized for storage and therefore better suited for workloads that require storage for large volumes of data.

What Microsoft has done with GPU-optimized Azure VM SKUs (GPU stands for graphics processing unit for supercharged processing speed) is to offer SKUs for gamer programmers that are hardened and pre-tuned to the same plate. This technology is a core part of the Azure game production pipeline, serving as a catalyst for game developers to accelerate their cloud game production journeys. It also provides a platform for partners to integrate their game development solutions with Azure, building the cloud gaming ecosystem together.

“We are excited to announce Azure Game Development Virtual Machine, an Azure offering that makes it easier to build modern games and opens the door for game developers to take advantage of game production in the cloud. Game studios around the world are looking to adapt to new work paradigms that support complexity [of enabling and working with] remote and distributed teams, including ours,” wrote Ben Humphrey, Senior Director of Engineering, Microsoft Azure on the Microsoft Game Dev Blog.

Humphrey and his team say they are aware of these challenges for the game-making community. “We’re even seeing our own game studios accelerate their adoption of Azure to enable a more collaborative and efficient game development pipeline,” he adds.

In terms of working functionality, Azure Game Dev VM enables a hybrid, scalable, and fast-to-deploy software production environment with the ability to add or decommission resources at any time. It is designed to provide a modernized and sustainable work environment, independent of physical locations or hardware infrastructure, to support a creative team capable of working globally.

This service is supposed to allow game development creators to always have the latest versions of software and to optimize archiving and disaster recovery in a secure and collaborative cloud infrastructure.

“This allows developers to quickly create a functional game development workstation or [production ready] ‘build server’ in about five minutes, making it easy to validate pipeline performance, [games programmers can also] Pull code/art from a Perforce repository to develop and test games directly from the cloud. Plus, it saves hours of downloads and setups to get the environment you need to build games,” added Humphrey.

Will faster, more efficient game development lead to better games? In theory, of course, the answer is yes. The less time a software application developer has to spend sourcing, planning, preparing, and preparing the basecoat substrate system for any programming job, the more time they have. (and free space) for creativity.

Microsoft also points out that Azure Game Development Virtual Machine will help game developers looking to evaluate and experiment with the game development experience in Azure. The cloud is now a gaming area and a game development area, the in-game player power-ups have just been powered up.

Here’s why Marvel Snap’s game design is so ingenious