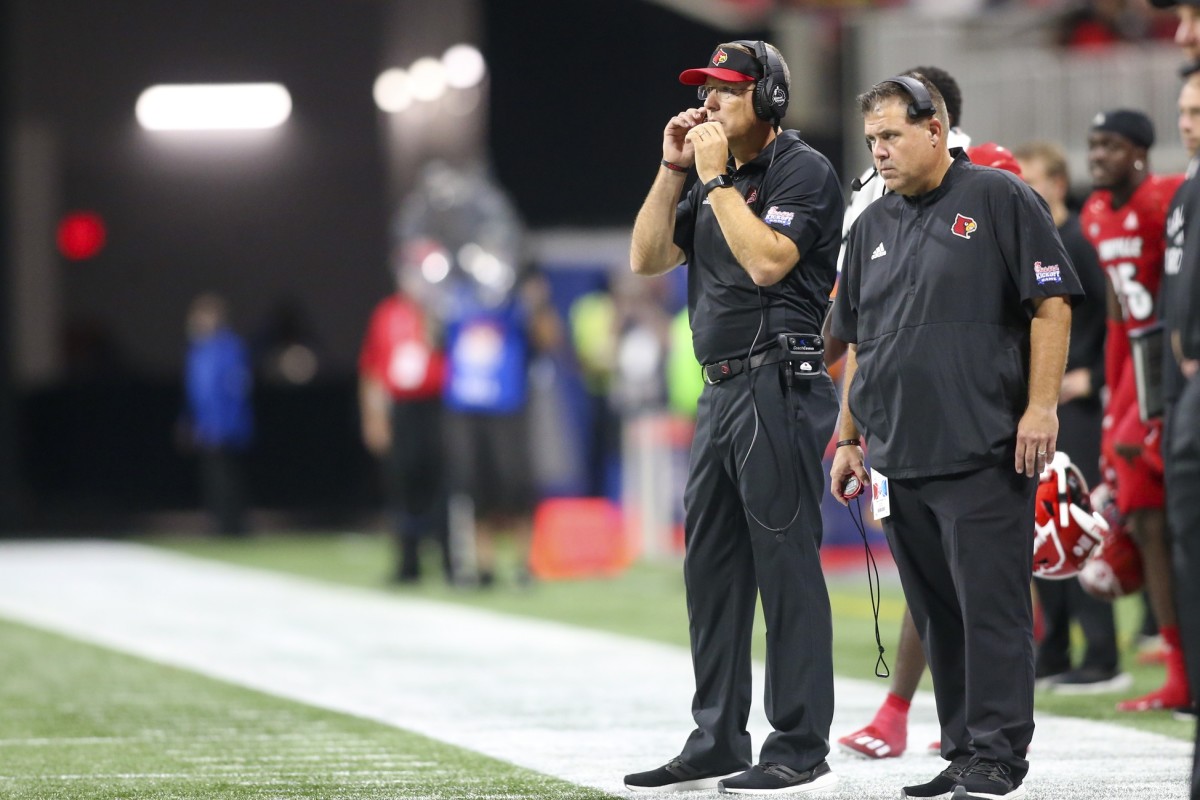 LOUISVILLE, Ky. – If you asked the majority of Louisville fans and the local media about who the Cardinals are in attack, you might get a response similar to what Sandra Bullock proclaimed in ‘The Blind Side’.

Since the start of the 2019 season, when Scott Satterfield took over as head coach, the Cardinals have run the ball an incredible 1,066 times – 17th in FBS and sixth among Power Five programs. It’s a lot, as Bullock would have said, ‘running the dang ball’.

While this offensive approach is not inherently bad, the way it was conducted has certainly drawn some criticism. During the 2020 season, many questioned not only the seemingly vanilla appeal of play, but the overconfidence in the running game – even in an almost clear pass situation.

In the first two games of the 2021 season, that approach doesn’t appear to have deviated much from that of last year, as Louisville has 77 rushing attempts for 64 passing attempts.

Again, running that much isn’t necessarily bad, but some of the situations Louisville constantly runs in aren’t exactly ideal. For example, in their home opener last Saturday against EKU, the Cardinals ran 11 of their 14 instances of 2nd and 6th or more.

At first glance, you wonder why Louisville is opting for running so much in a situation where many would think they should favor the pass. But, at his weekly press conference ahead of their next clash with UCF, Satterfield defended the approach.

“I think part of the problem is we’re just trying to grab half of that footage to make it a third and medium or a third and short,” he said. “There are just a lot of things that come into play. It’s not just a long second, let’s kick football. It’s not what we do, and I’ve never done it that way. “

Expanding on his reasoning, Satterfield added that if “sometimes if they think they get it right then you can get a good run”, and in the case of the EKU game plan, they wanted to “work on some things” as far as the race was concerned. racing game.

To be fair, the 2nd and 6+ carries averaged 4.5 yards per carry, but the execution on the third runs was appalling. Not only did Louisville not convert on any of the four times they ran for third against EKU, but they averaged just 1.8 yards per third down carried.

Much of that doesn’t necessarily rest on the shoulders of the running backs. Satterfield acknowledged that blocking needs to improve in everything from the attacking line to wide receivers and tight ends.

“On the first that we didn’t get, the third and the second, we had two tight ends that should have hit him more up front, and we ended up catching him, but the linebackers were playing. hit the front side, and we get a first try, ”Satterfield said.“ I think part of it is the experience in the backfield with our guys and part of it is the blocking out. ‘before.”

Although he is committed to trying to keep the balance when it comes to the pass versus the run, Satterfield is not about to give up his bread and butter of managing football.

“The call game is always funny to me, because everyone is critical after the play. The game works, it’s a great call. If it didn’t work, why do we call it “Even my mom questions that,” he joked.

“We try to design all of these games to work, and we wanted to get big games and first tries and touchdowns. It doesn’t always happen that way.”