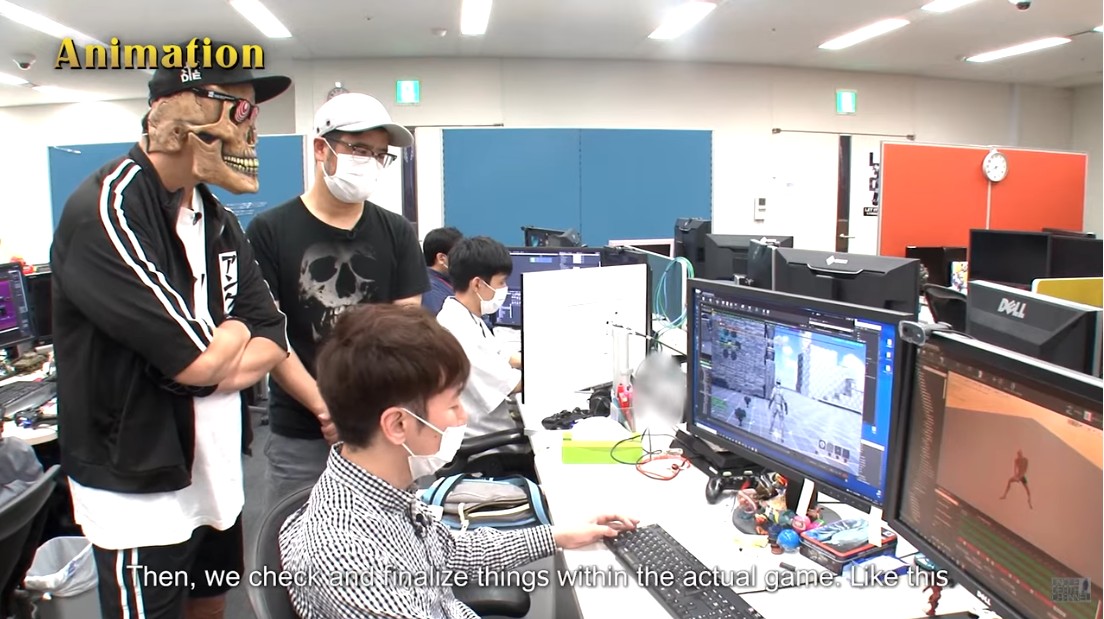 Find out who does what at a game developer in Deathverse: Let it Die – Dev Diary #3!

Uncle Death, if you don’t want to please us, leave the guys at Supertrick Games alone to upgrade the graphics to level 3! A 3rd episode of Deathverse: Let it Die Dev Diaries has been released and he once again appealed to Director Shin to put some names to the people who are working diligently on the title. We’re introduced to game designer Toshihiro Fujikawa, level designer Tomoharu Takata, environmental artist Daisuke Oka, character artist Takashi Kasahara, and animator Kazuki Shirahama.

We see a square transforming into a sphere, Excel spreadsheets with dialogue, character models going through lighting tests, and even a test animation for a katana swing! Director Shin also says there is a light at the end of the tunnel and he hopes the game will be released soon. Will we have a release date in the last chapter of the diary? Guess I’ll have to log in when it drops. Deathverse: Let it Die will be released on PlayStation platforms, but a release window has yet to be revealed.

Dev Diary #3 for DEATHVERSE: LET IT DIE is now available! In this episode, we did a special SUPERTRICK GAMES studio tour! Listen closely to hear the awesome BGM @AkiraYamaoka promised to do for me! 🤘😮