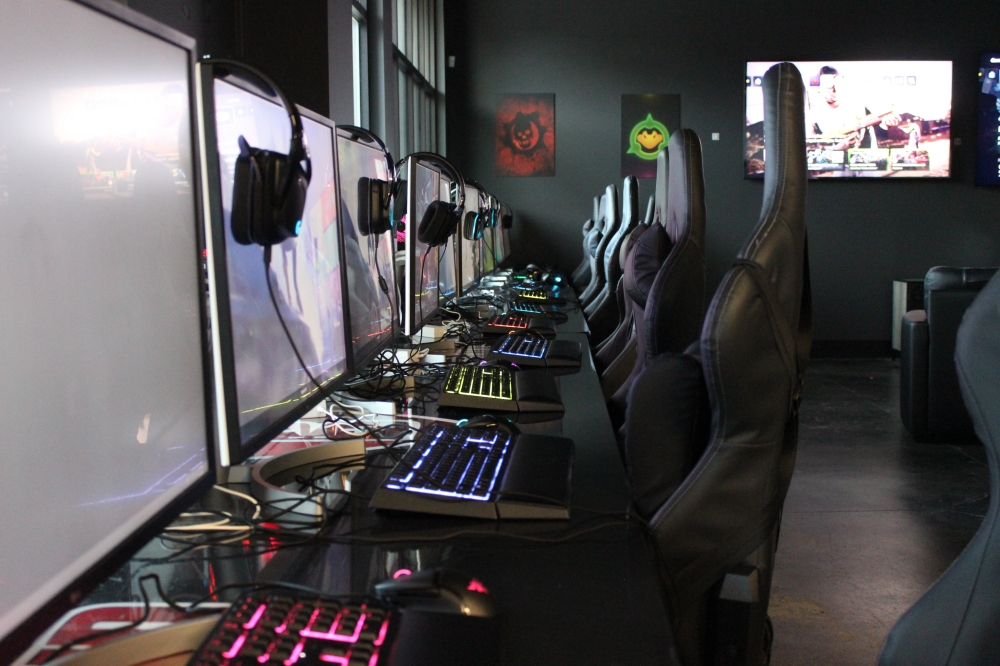 Owners Folahan Ayoola and Irene Ayoola brought Be Legend Gaming to Highland Village as a competitive social outlet for kids and adults.

The company allows people to play a range of video games for hourly sessions or on a subscription basis. The location is also used as a party venue for all ages. Their clients range from children to adults.

Folahan said someone recently rented the space for a bachelor party.

“Playing alone can be fun, but socially it takes it to a whole new level,” he said.

The duo opened the business with a soft opening in December 2020 and a grand opening in January 2021, Folahan said. Business started slowly due to COVID-19, but picked up speed as tournaments became more popular. “We’re really big on seeing who’s good at playing games here,” he said.

Tournaments give people the opportunity to participate in their favorite games, including “Mortal Kombat”, “Mario Kart”, “Fortnite”, “Super Smash Bros.” and more.

There’s a kid who is the four-time “Fortnite” tournament champion at Be Legend Gaming, Folahan said.

“I wanted something where kids who were really good at video games, geeks or nerds, could shine,” he said. “I wanted them to be able to have a reason to get the torso out as well.”

The location goes beyond the game. The company offers cocktails for guests ages 21 and older and a kitchen that serves pizza, wings, barbecues and more. Folahan and Irene wanted to create a fun space for families. Irene said the children could play games while the parents enjoyed food and drink at the same time.

The two have known each other for over 30 years, and for almost half of that time Folahan has been talking about opening a place like Be Legend Gaming, Irene said.

The interior of Be Legend Gaming is lined with TVs ready to play PlayStation, Xbox and Nintendo. Gaming computers flashing with gaming possibilities line the front wall.

“We looked for places like this, and it didn’t exist,” Folahan said. “So we had to create it.” Be a legend game