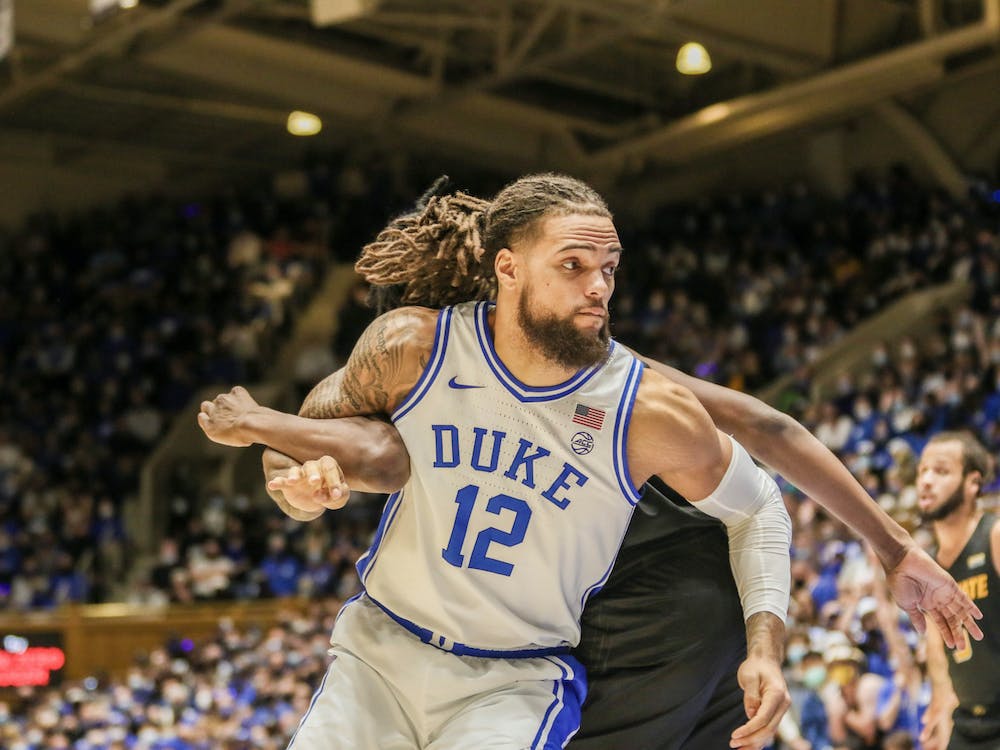 And one: Theo John’s late game not good enough for Duke men’s basketball in loss to Virginia

After every Duke men’s basketball game this season, check back here for the player of the game and more. Today, the Blue Zone breaks down Theo John’s performance and the rest of the Blue Devils’ last-second loss to Virginia:

Sometimes it only takes one player to change the course of a game. Against Virginia, it was Theo John. In the final six-plus minutes, John had two blocks and three rebounds, one of which could have ended the game had it not been for a fly call. With everything on the line, it was John who gave the Blue Devils a chance to win.

John’s endgame contributions are relatively simple to explain; Duke needed someone to be in the right position, and he was. This position was under the rim, ending the Cavaliers’ possessions and extending Duke’s. John accomplished just that with blocks and rebounds, but his performance alone wasn’t enough for the Blue Devils to finish.

It was a game of almost, little things that if they had gone the way of the Blue Devils, the outcome might have been different. If they had taken care of the ball a little better. If they had just been a little more aggressive in bouncing. If only they had made one more shot, especially Paolo Banchero’s last attempt. Duke had countless chances to win despite one of their worst games of the season, but they couldn’t finish the game. When the final buzzer sounded, Virginia was ahead by one point. The Cavaliers’ last shot to take the lead was only their second three-shot of the night, but they did it when it mattered, and Duke didn’t.

The Blue Devils had quite a few problem areas. Any one of these areas could have been enough on its own, but the combination turned out to be too important. They committed 15 turnovers, shot 42.3% from the field and trailed for 31 minutes. They played catch-up all night and couldn’t claw their way back with the below average offensive performance.

Duke shot just 42.3 percent from the field against Virginia, and freshmen AJ Griffin and Trevor Keels combined to shoot just 22.2 percent from the field. The duo combined to go 4 for 18 from the field and 1 for 5 from three. The stat comes just one game after Griffin’s career performance against North Carolina, in which he scored 27 points on nearly 65% ​​shooting. Consistency had been one of Griffin’s greatest strengths in recent games, but he lacked that same consistency against Virginia.

Even before his injury at Florida State, Keels’ shooting had been inconsistent. His 3-on-4 3-point shooting performance at North Carolina scored the most treys he has made in a game since Duke’s win over Gardner-Webb in November. Although he pulled off a key second-half steal against Virginia, his shooting struggles were representative of Duke’s broader struggle as a team.

Get The Chronicle straight to your inbox

Rachael Kaplan is a sophomore at Trinity and associate editor of Blue Zone’s 118th volume of The Chronicle.